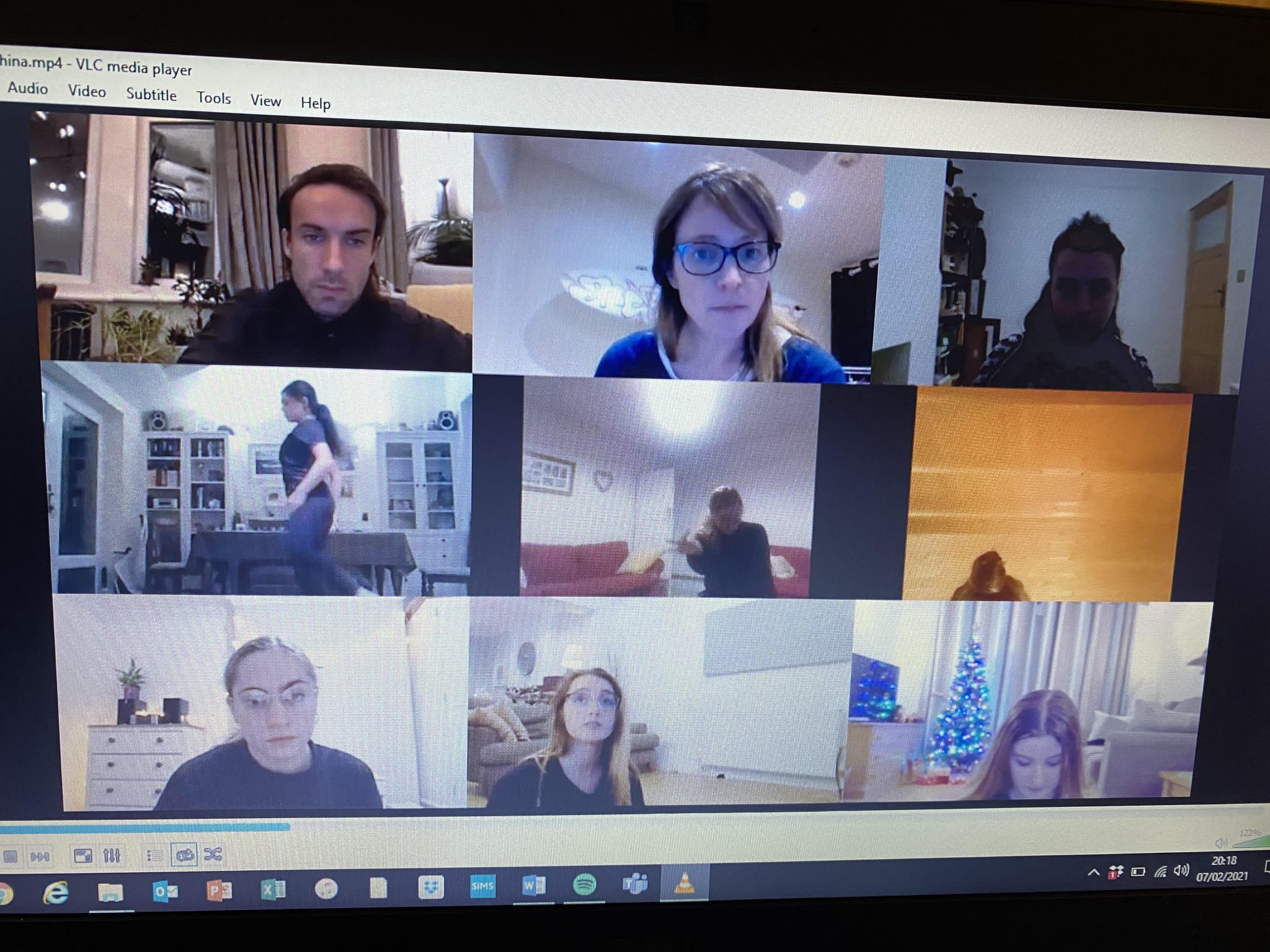 The dancers have been working with Yorke Dance Project who create unique residences offering young people the experience of working intensively with company members for 3-6 days. The project will culminate in a digital curtain-raiser to be performed as a prologue to YDP’s performance at PDSW in the spring.

The dancers have been working with Creative Learning Director Laura Dredger and Film director Pierre Chappon from Yorke Dance Project on a digital dance film based on Kenneth MacMillan’s Sea of troubles.

‘I have taken as a starting point the effect of the death of Hamlet’s father without a literal telling of the play. With the appearance of his father’s ghost, and Hamlet’s realisation of the need for revenge, his tormented world becomes a nightmare’. Kenneth MacMillan on Sea of Troubles.

This term the sessions were delivered via zoom with warm-up exercises and choreographic insight into the specific work and regular tutorial sessions with Pierre discussing the filming process in the studio and on location. The dancers will also receive a video of their performance on location to use as audition material and/or publicity in the future.  We are looking forward to filming in the New year.

Laura Dredger graduated from Laban Centre with a BA (hons) Dance Theatre.  Following this she focussed on choreographing and presenting her own work, specifically solos and duets that attempted to find authentic movement, exploring emotion and feelings through personal experiences. In 2012 she completed her Pilates mat work teacher training and in 2015 gained her Masters in Movement Direction and Teaching from Central School of Speech and Drama.  She has been a visiting lecturer/facilitator at The RSC, The Royal College of Music, Royal Central School of Speech and Drama, Identity School of Acting and London Studio Centre. Laura has worked as Movement Director for National Youth Theatre, Arcola Youth Theatre, Reach Out Theatre Collective and Jane Packman Theatre.  She is currently Creative Learning Director and workshop facilitator for Yorke Dance Project.

Pierre Tappon is currently working as a freelance dance artist, allowing a him to work with diverse company in the UK. From 2013 to 2019 Pierre danced for Rambert (formerly known as Rambert Dance Company) performing and touring a wide range of repertoire in Europe. Thought his career Pierre performed a large diversity of work by leading choreographers: Richard Alston, Christopher Bruce, Andonis Foniadakis, Itzik Galili, Ashley Page, Barak Marshall, Merce Cunningham, Mark Baldwin, Martin Lawrance, Robert Cohan, among others. He previously worked for the Richard Alston Dance Company for seven years. During his career with Richard Alston he has danced many works to name a few Proverb, Red Run, About Face, Gypsy Mixture, Shuffle It Right, Body and soul, No more ghost, Blow Over, Movements from Petrushka, Out of the strong, To Dance and Skylark, Overdrive and Roughcut.