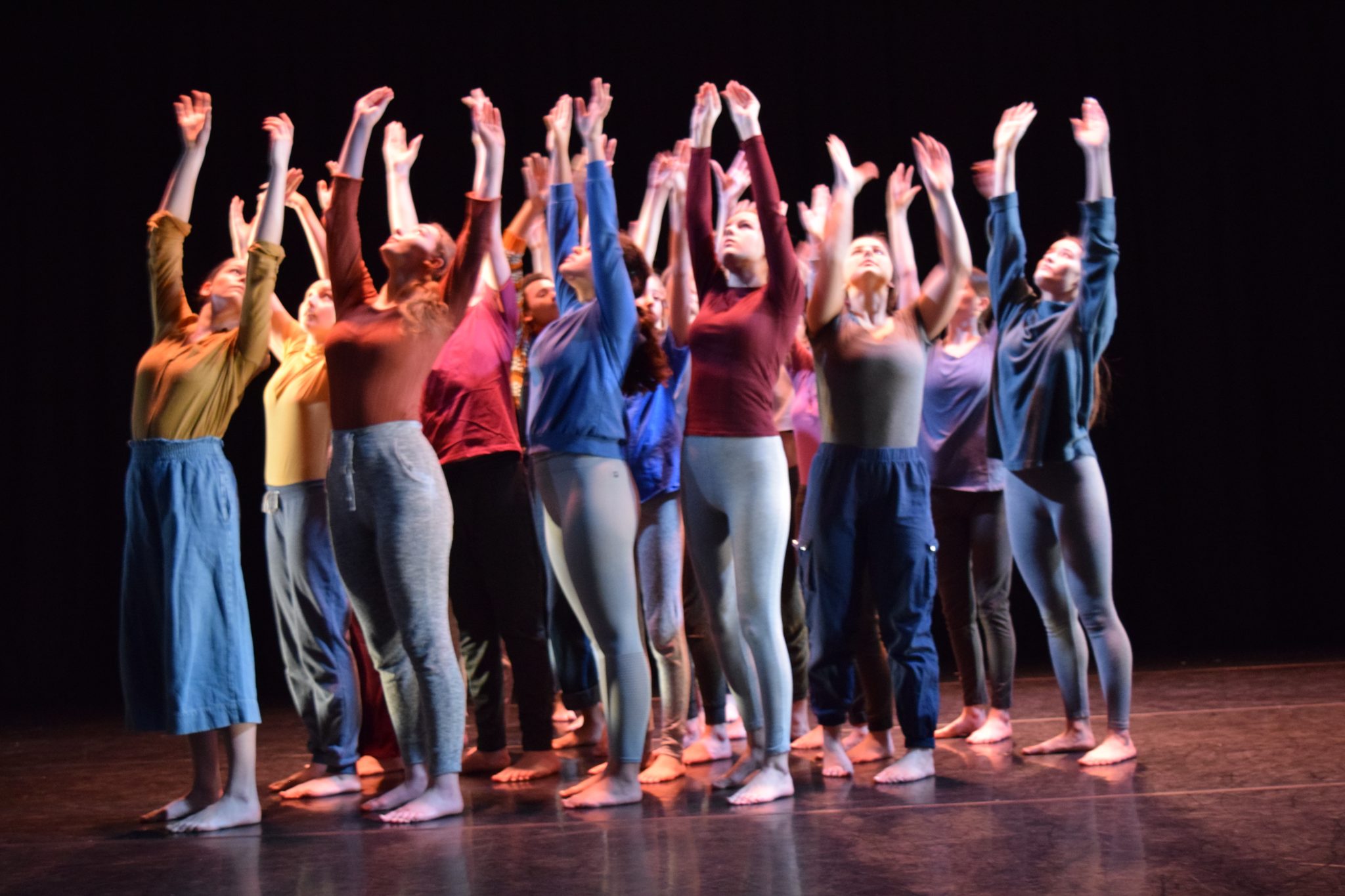 The dancers worked with Laura Dredger from Yorke Dance Project and created a piece of choreography based on Kenneth Macmillan’s Playground (1979). Using the original ensemble as its base, this piece examined the relationships that occurred and the interactions within the original choreography Playground. Macmillan was the director of The Royal Ballet and created some of the outstanding dance works of the twentieth century

They not only launched the tour, but they also performed in front of legendary Robert Cohan founder of contemporary dance in Britain in the 1960’s. Cohan now aged 93, premiered his new work Communion as part of the evening.