Nicola completed her degree in Dance with Visual Arts at Manchester Metropolitan University in 1997. In the term after graduation she worked as a Lecturer in Dance Performance, delivering release-based technique classes to first year undergraduates. Alongside this, she performed with Mark Edward Dance Company, touring the North and South of England.

In 1998, Nicola decided to embark on a PGCE Dance course at the University of Brighton to understand each stage of learning and thus support and enhance the skills of the company. She developed a passion for instilling confidence in young people for the transition stages in their dance development and in doing so equipping them for their next stage of their dance journey.

She has gained a wide range of experience in managing, teaching, choreographing and assessing dance and performing arts across schools, Further and Higher education for the last 20 years. Alongside her teaching commitments, Nicola founded FuZe8 Dance Company in 2010 and over the years they have been fortunate to perform with various companies in Dorset and Hampshire and have received many awards for choreography and performance.

Nicola currently works for the Arts University Bournemouth (AUB) as a visiting lecturer delivering release-based technique classes, mentoring students on teaching placement and as a consultant for the third year Dance Production unit.

Alongside this, she leads a range of classes at Pavilion Dance South West, including the Youth Strength and Conditioning class, Youth Contemporary Class, Co-Evo Adult Contemporary Company and Advanced Contemporary Technique. 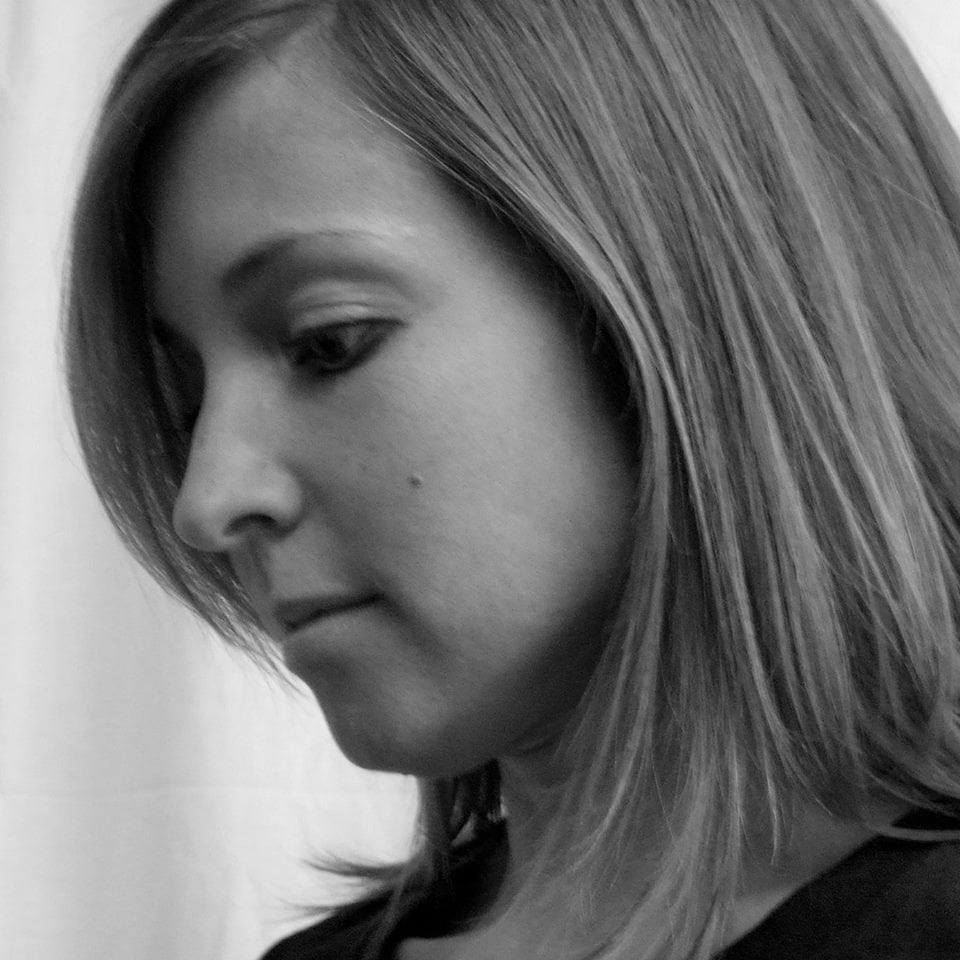 Ben achieved a First Class BA Hons Degree in Theatre Dance, from London Studio Centre, in 2009. At the start of his career he spent six full years with Michael Clark Company, with whom he performed extensively across Europe and America in, ‘come, been, and gone’, ‘animal/vegetable/mineral’, and ‘to a simple, rock ’n’ roll…song’ since their creation. He still performs with the company on a seasonal basis.

Ben has been freelancing since late 2014, when he joined Yorke Dance Project and became part of the ‘Figure Ground’ and ‘Rewind Forward’ tours. He also performed at London’s Coronet Theatre (with Print Room Dance Company) in March 2016 as a member of Hubert Essakow’s ‘Terra’.

Ben’s film credits include, ‘Anna Karenina’ (2012) choreographed by Sidi Larbi Cherkaoui; ‘WWZ’ (2013) choreographed by Alex Reynolds; and ‘How To Talk To Girls At Parties’ (2017) choreographed by Lea Anderson. He has also worked for photographers Nick Knight, Jake Walters, Cecilie Harris, Sarah Brimley, Philip Riches, Willy Vanderperre and Elliot Kennedy, and has featured in AnOther and Jocks&Nerds magazines, as well as on the cover for Arena Homme+ in 2010.

Ben is currently completing an Extended Level 6 Diploma in Dance Teaching, with BBO Dance; he has enjoyed applying many facets of this course to his teaching practice and experience with FuZe8 Dance Company (whom he first met in 2015 as part of Yorke Dance Project’s outreach programme).

Impressed by the dancers’ creative skills, steadfast focus and willingness to further their technical and performance skills, he is very proud to be associated with FuZe8 in this capacity as an Associate Director. 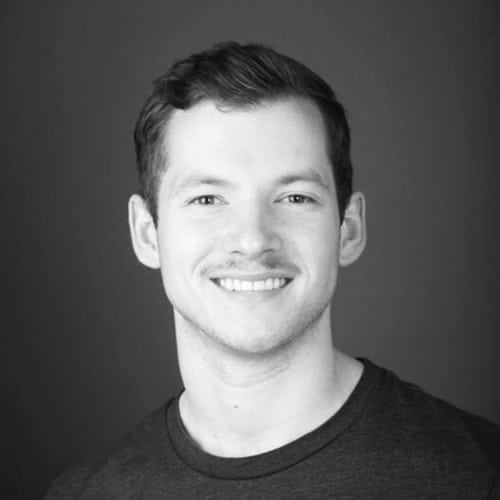 Since 2012 Jazz has achieved a FDA in Dance at Creative Academy specialising in Jazz and Commercial techniques, seeking more diversity he went on to train further on the Ballet Boyz Dancers Course which lead him to gaining a BPA in Contemporary dance at Northern School of Contemporary Dance where he also discovered a love of custard creams- and that he could reach higher than most could jump too. Jazz then completed his MA in urban influences within Contemporary dance, whilst working seasonally as an entertainer. Around this Jazz started up Brink Dance company with fellow graduates and began work as Company Manager and Dancer for their work up North. Finding his passion for creating opportunities, he has worked as Education Officer and Dancer for 2Faced Dance Company, bringing smiles, laughs and crazy shapes to young dancers across the country.

Continuing with the aim of creating and delivering unique and inspiring opportunities, Jazz enjoys working with those aspiring to enter the dance industry or who simply love to dance! 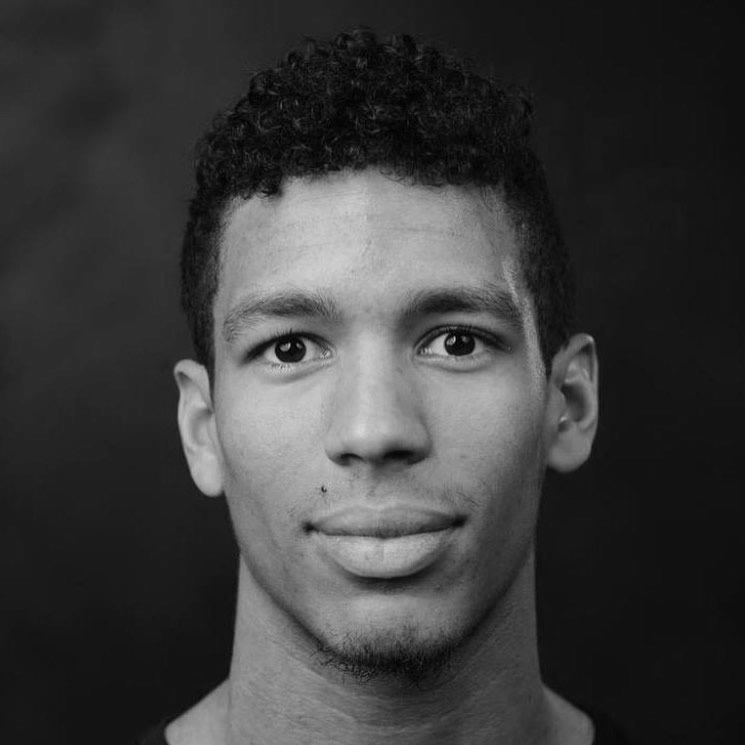 Christina began training with FuZe8 Dance Company at Totton College, before moving to London to study at Middlesex University. Training in Graham, Humphrey, Release, Cunningham and choreography, Christina graduated with a First Class Honours in Dance Studies (Choreography). Whilst studying Christina supported the dance department as a Student Learning Assistant and Programme Ambassador, as well as interning for The trip Project.

Christina has since worked for Tanzlabor21 in Frankfurt Germany, The trip Project as Events Co-ordinator as well as teaching dance at Minstead Trust and The New Forest Small School. During 2016-2018, Christina accepted the post of Graduate Academic Assistant (Dance) at Middlesex University, where she successfully qualified as an Associate Fellow of the Higher Education Academy. Christina assisted with teaching on BA Dance undergraduate programmes, supported Foundation Year Performing Arts students as well as creating additional development activities.

Christina has taught emerging dance artists, adults with learning disabilities as well as primary and secondary students in London and across the South of England. Christina has created works in collaboration with the Royal Air Force Museum London from 2014-2018, Middlesex University and Wimbledon College of Arts. She has performed in the UK, Germany and Italy with Sara-Jayne Dance at Resolutions!, Shaded Voice Dance Company, AvioDance, Coevo and many other independent companies.

Christina is a devoted and ambitious dance artist and teacher with an imaginative and hard working mind set. 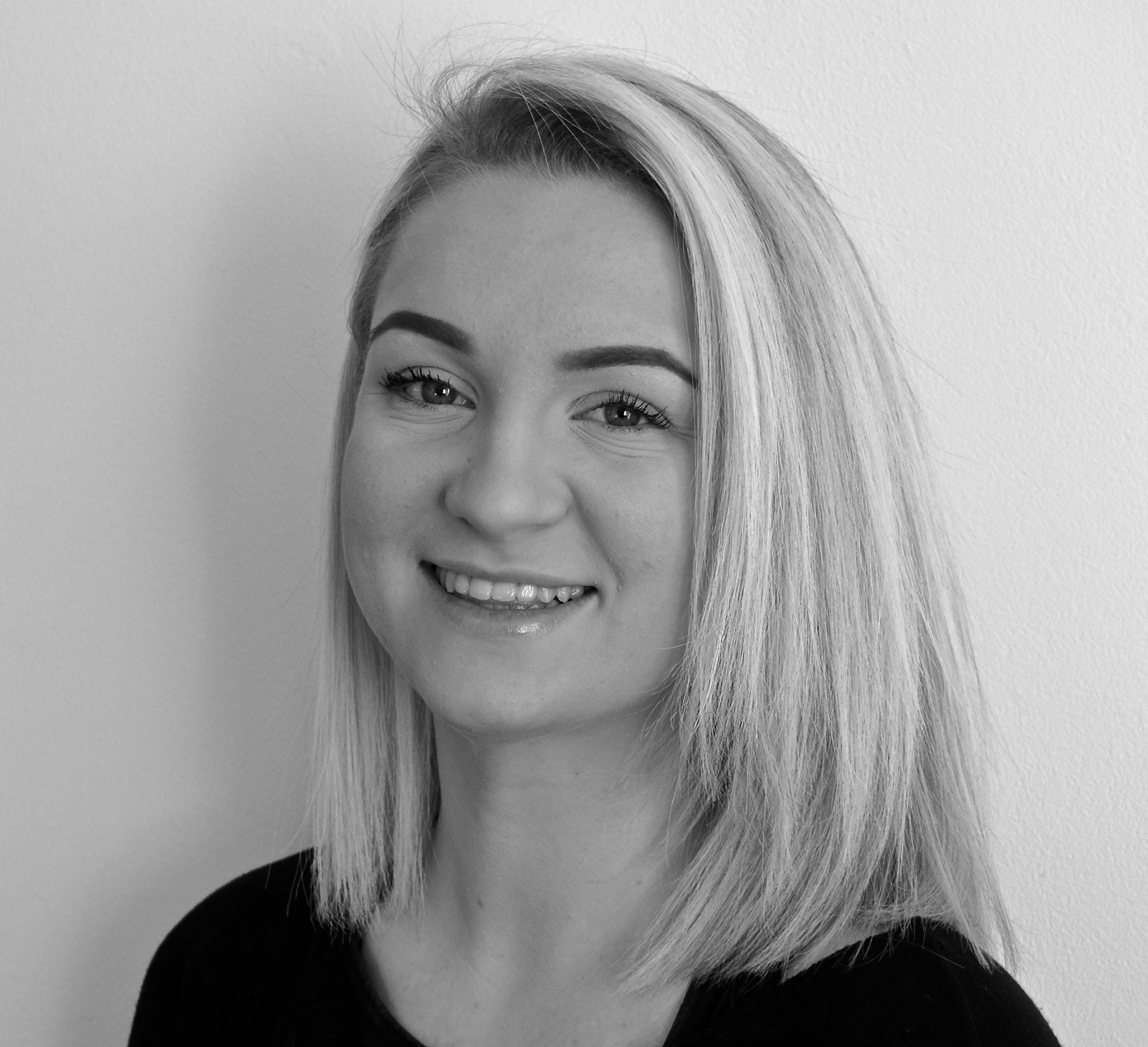 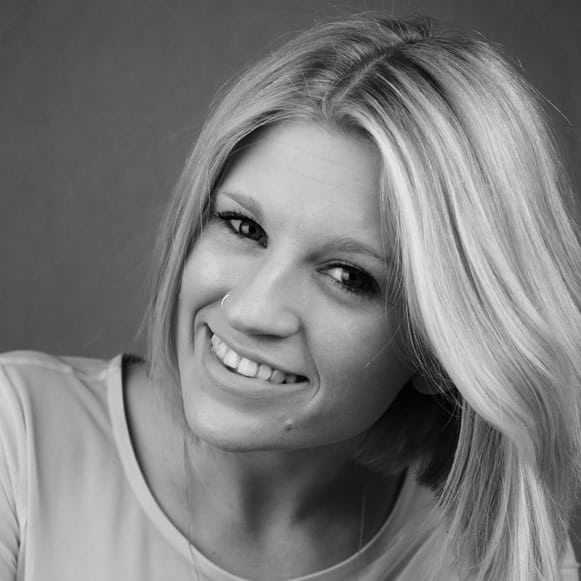 Originally from Jamaica, Shawn began his dance training at Totton College studying Dance, then moved to Leeds to study at Northern School of Contemporary Dance under the lead of Janet Smith. Whilst studying at NSCD he has had the opportunity to work with lots of influential artists and choreographers such as Gary Clarke, Hannes Langholf and Kerry Nicholls. He has trained in various different contemporary techniques, somatic practices and partner work, building a strong foundation in his dance practice.

Whilst at NSCD, Shawn enjoyed working for Denada Dance Theatre, Inky Cloak and Joseph Reay-Ried Company, all who explore the physicality of movement that tie in the emotive and imaginative principles from contemporary dance. A familiar style he was used to when developing choreographic and performance work for FuZe8 Dance Company.

Shawn is currently working in Denmark as an apprentice dancer at Black Box Dance Theatre, touring a variety of repertoire pieces. Next year, he will be starting his Masters in Contemporary dance performance at NSCD, investigating contact improvisation, partner work, safe practice and performance.

As I look back on my dance journey, I really value a lot of principles I have inherited from Nicola’s training and subsequently FuZe8 Dance Company ethos and values. Especially creating dance work relevant to our society today. As well as FuZe8’s teachings on professional practice, which has come in handy for auditions and when working in a company. I was given the right tools to guide me through the highly competitive and driven industry that we are working in. Nicola’s attention to detail is a big asset to her pedagogy; when learnt, it becomes a transferable skill into any situation, and is what separates the difference between amateur and professional. 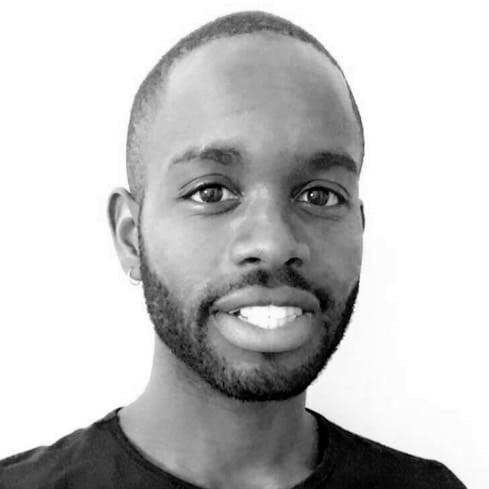 Sophie is a dance artist and practitioner with an interest in community practice. Sophie is originally from Cumbria and trained at The Northern Ballet School in Manchester before pursuing further study at Trinity Laban Conservatoire of Music and Dance.

Sophie is passionate about facilitating positive experiences in dance and her interests in dance in education and the community have remained at the core of practice through a variety of roles as dancer, dance teacher and dance projects manager. Sophie currently leads COAST, Pavilion Dance South West’s resident youth dance company and contributes as a Visiting Tutor on the BA (Hons) Dance Programme at AUB.

Alongside her work teaching and leading within the brilliant SW community, Sophie is also studying a MA in Professional Dance Practice as a distance learner with Middlesex University, her research is focused around eco-somatic inquiry. Sophie is delighted to be working with the wonderful team of artists at FuZe8 dance company. 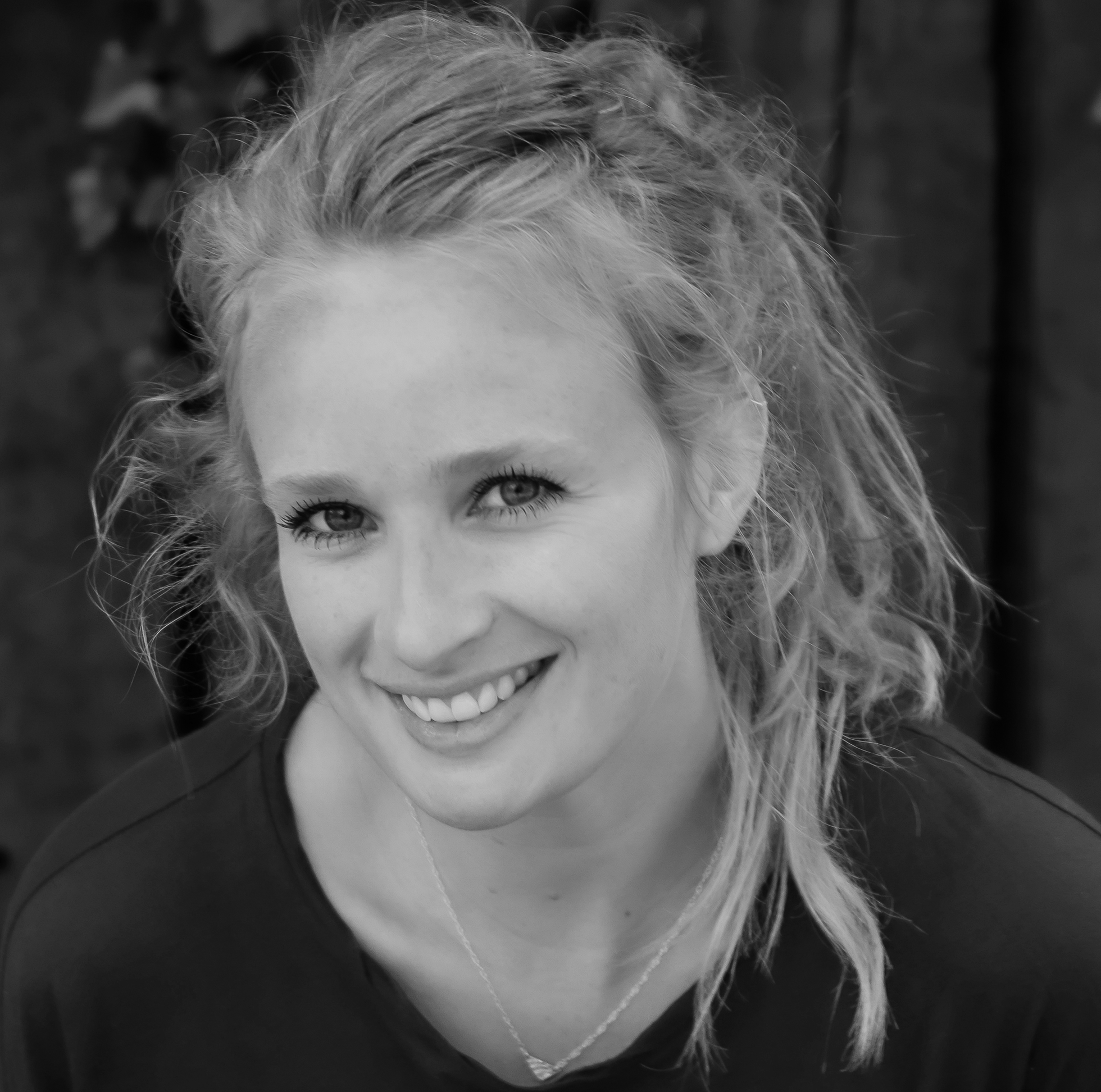 FuZe8 has had the pleasure to work with some amazingly talented dancers. Check out some of the great things our Alumni have gone on to do.

Hear what our happy customers have to say about FuZe8 Dance Company.